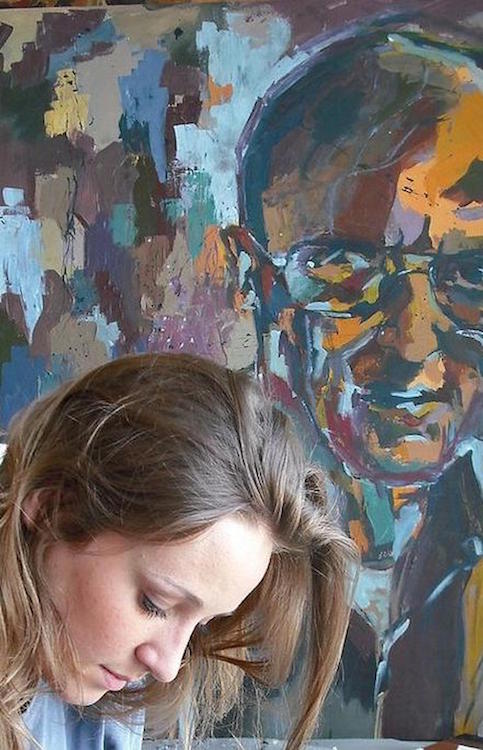 Seren Moran at her studio in San Diego, CA.

I fear being predictable, in life and in my art. I envy stability. I see ignorance in those who remain stagnant. I’ve never worked well with schedules and plans, and I don’t strategize with my art. I use my impulsiveness as inspiration; my choices are made in the moment, often without a conscious thought. I make deliberate decisions after my intuitive ones. Like dancing, I let my body do the work, moving without thinking.

My curiosity drives my impetuousness: it is a need to face the unknown rather than hide from it. I have always felt the necessity to push boundaries and break rules; and, I have managed to channel that energy into my art, constantly pushing past what is expected.

Seren Moran was born in 1989 in Berkeley, California and received her BA in painting and printmaking from San Diego State University in 2011. She also received a year of formal training at the original Leonardo da Vinci School of Art, L'Accademia di Bella Arte, in Florence Italy. In 2012, Seren moved to Indaiatuba, Brazil, where she spent ten months painting and exhibiting solo shows at both the Teatro Verde Exhibition Space at the Salto City Museum, as well as the Cultural Center in Indiatuba. Since then, Seren has returned to the Bay Area and has had her work featured in several local exhibitions, including a semi-permanent installation of twenty-seven paintings at UC Berkeley’s International House.