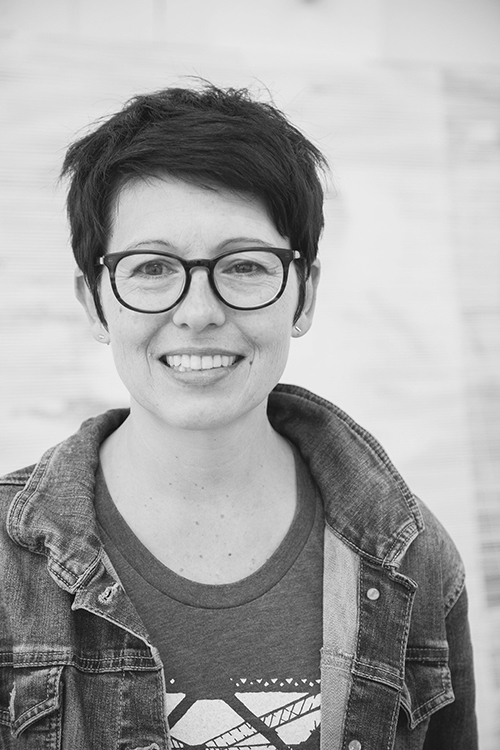 Ruth Freeman in her studio at Vermont Studio Center, June 2015

Through a mixture of gestural mark-making and both hard and soft-edged geometry, I build and destroy, resulting in off-kilter structures and asymmetrical balance. I find that using a trace of control, which can begin with something as simple as an accidental overlap of shapes, adds strength and body to my gestural composition. Then I add marks more deliberately, often aiming for a bit of humor. Once the painting has found its basic form, as if it were a room in a newly constructed building that gains its own character after it becomes lived-in, I begin to see it as a place that can evolve and become even more fully developed.

Ruth Freeman holds a Bachelors of Architecture degree from the University of Oklahoma. She has been involved in curatorial and exhibition design in both the US and Japan. Her paintings have been featured in several exhibitions in California, including recent group shows at the Berkeley Art Center, in Berkeley, the Sanchez Art Center, in Pacifica, the San Geronimo Cultural Art Center, in San Geronimo, the Hive Gallery and CK Gallery, in Oakland, and the Diego Rivera Gallery, SOMArts Gallery, SB Gallery, Space Gallery, and Red Ink Studios, in San Francisco. Ruth currently lives in New York City and is a 2016 MFA candidate at the School of Visual Arts.